Students and staff at Montpelier High School had chosen their new name, but now they needed an inspiring emblem to reflect their vibrant diversity and the key qualities they felt so proud of.

A working party of STEAM (science, technology, engineering, art, mathematics) students began to develop a design brief to help shape the school’s new visual identity. The bespoke project explored the symbolism of images and the various ways in which the vision, values and history of the school could be represented visually. 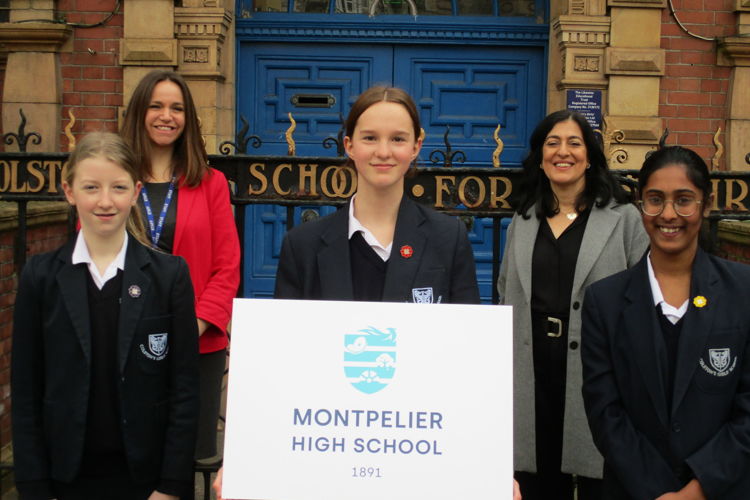 Students presented their brief to prospective designers, including local designer Suffia Khanan, who was subsequently invited to partner with the school in developing the visual identity for Montpelier High School.

Suffia is an independent designer based in Montpelier who took time to engage with the vast and complex history of the school. In parallel, she wanted to know about the future aspirations of the school community and she listened to a range of voices across the school, including staff, students, parents, governors, trustees; and she reviewed the feedback from the public consultation.

There was a common view that the history of the school should not be erased, but instead, it should be looked at through a different lens that would combine the old with the new and tell the school’s story in a completely different way.

After a collaborative design development process, the emblem chosen by the Montpelier High School community in March 2021 is described by the students as ‘empowering’. They feel that the emblem tells a positive story about the history and the future of their school. 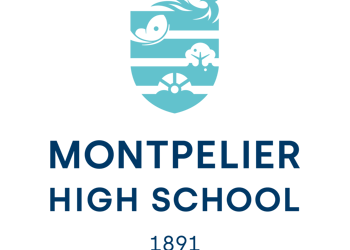 Students wear their new school emblem with pride because they feel that the abstract collection of four images suggests determination, aspiration, hope, longevity and renewal.

Students played a hands-on role in developing the emblem, with Suffia weaving their artwork into the final design. The shield concept came from student Anna Raju who proposed using four images to represent the school’s core values: respect, responsibility, curiosity and resilience.

The fruit tree, suggested by student Hana Sultan, acknowledges the orchards that once surrounded what is now the school site.

The water wheel, inspired by an idea from student Ellie Lunt, references the two mills on the Cutler’s Mill Brook when Montpelier was known as the Ashley Estate. 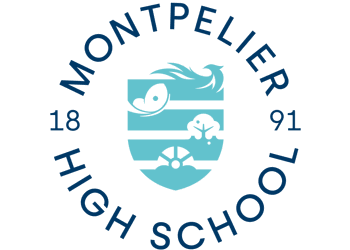 The mill and the fruit tree also reflect hard work and industry, alongside the respect for nature needed to achieve growth.

The phoenix was suggested by student Labibah Ahmed, to represent strength and hope; a powerful contrast to the gentle, delicate nature of the butterfly that symbolises change, transformation and freedom.

The stripes across the shield draw inspiration from the building itself, echoing the school’s iconic façade.

The Montpelier High School community is focused firmly on the future, however, we are conscious not to lose the sense of courage and hope that brought us to this place of change.

To find out more about what we’re doing to sustain and build on the energy, determination and success of our name change process, please read about how we’re collaborating with others and looking to the future.