On Sunday 27th June Sophia Kovacheva and Hana El-Defrawy represented Colston's Girls' School in the Avon Schools Tennis Championships at Clifton College Sports Ground. This competition is the pinnacle of the school's tennis year and is a highly prestigious tournament. Both students were entered into the Junior Girls' tournament and faced strong competition from a range of state and private Schools.

Hana faced a challenging first match against the number two seed from Colston's School however, she showed great determination and resilience. Hana's second match against Redmaids’ High School was very tight, with some long games and great rallies.

Sophia's outstanding tennis talent was clear as she dominated the entire tournament, only losing one game throughout the whole competition. Sophia won her first three matches 6-0, beating students from the Royal High School, Clifton College and Redland Green School. This took Sophia through to the final where she faced the number two seed from Colston's School. Sophia's exceptional tennis ability ensured that she won this final comfortably, winning 6-1.

A huge well done to both students who both played some great tennis and demonstrated the key value of resilience. An extra special congratulations to Sophia who is now crowned Junior Girls’ Avon Schools Tennis Champion 2021. Sophia is a real future star of the game. 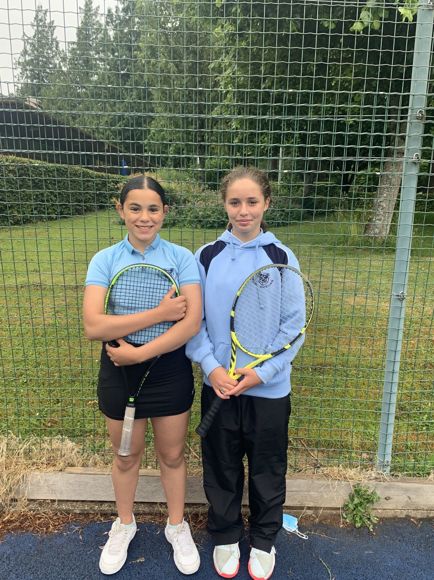