Noughts and Crosses is a captivating drama of love, revolution and what it means to grow up in a divided world. Between Noughts and Crosses there are racial and social divides. A segregated society teeters on a volatile knife edge.

It follows the love story of Sephy and Callum, two young people kept apart by bigotry, terrorism and injustice. Sephy is a Prime Minister's daughter from the powerful Crosses who falls for rebel Callum, son of a dangerous Nought agitator. Their desire to be together threatens family loyalties and sparks a growing political crisis.

Above: Poster designed by Katie, MHS Student in Year 8

It is clear that much hard work and determination went in to the rehearsal and final performance of this play.

Auditions took place in the Summer term last year, and over 60 students from Years 8 to 13 were cast. Students have been working with Mr. Shorrock and Miss Macdonald on the two versions of this play since September in Enrichment time. 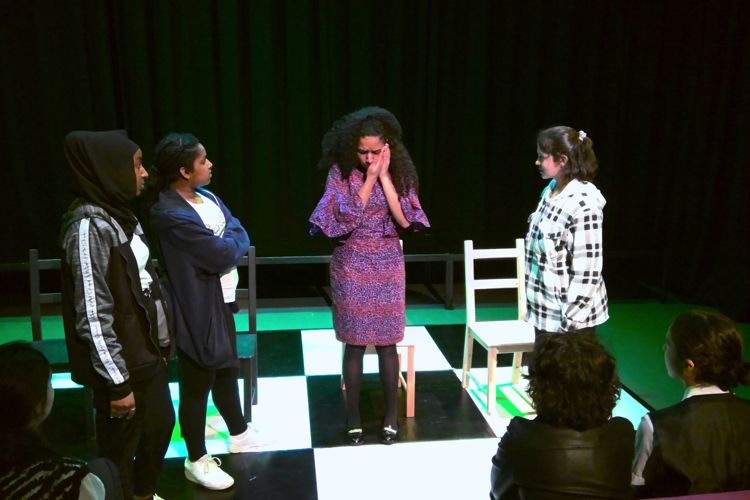 "We have had a great time working on this challenging play. Well done to everyone involved.

Special mentions go to students in the leading roles - Sophia & Estela as Sephy; and Rosa & Maryam as Callum."